When and How to Debeak Chickens – Beak Trimming Tips

Debeaking, also called beak trimming, is a partial removal of the beak of poultry, especially layer hens, when layer hens are confined to a chicken house, farmers generally trim their beaks to prevent them from pecking (and possibly hurting) one another. While the term debeak implies that the entire beak is removed, in fact usually less than a third of the upper beak is trimmed, and not the whole beak.

But there are other issues that come into play

For instance, because a trimmed beak will usually grow back – just as our finger- and toenails do – some chicken farmers, in fact, remove more than a third of the chicks’ beaks so that their beaks are permanently shortened. They sometimes remove part of the lower beak too.

Also, the entire issue of debeaking is very controversial, with animal welfare organizations worldwide calling for an end to the process, and commercial operators insisting it is essential for the viability of the industry and wellbeing of the chickens.

This begs the question, what is a beak?

Chicken’s beaks are where our mouths are, and they contain keratin, the same substance found in human nails, hair, and in the feathers of birds. The beak itself is covered with skin, and the keratin dries on the beak making it hard. In fact, all birds have beaks, and because they are sharp and pointed they are used for eating, pecking, and for manipulating objects including food, and for grooming. This is not what humans use their mouths for!

So, this then leads to the question why poultry farmers need to debeak their chicks.

Every industry has particular needs, and in the chicken industry this is just one of them. To understand chicken beak trimming it is necessary to understand pecking, which is perfectly normal behavior in the chicken world. This is where the term “pecking order” originated. Every chicken knows its place in the pecking order although some will (rather like humans) decide they want to be higher in the chain of command! But even that isn’t usually an issue. Rather, it’s more like a squabble between feathered friends that want to either keep or increase their authority.

Issues emerge when large numbers of chickens are kept in a single flock and their behavior starts to change. For instance, when chickens are cooped up together in a chicken house they tend to peck more than they would if left to roam and forage for themselves.

The reasons for so-called feather pecking are relatively vague and are generally given as boredom or feed deficiency. But sometimes it happens for no reason at all and it becomes horribly violent – rather like gang warfare!

Those with experience say that when one chicken draws blood, the rest of the flock can easily be drawn into the fight and this “cannibalistic” behavior continues unabated, often with disastrous results. In the worst case scenario, the entire flock could be injured or even killed.

In the real world, unless they are free-range egg-laying chickens, there is a real danger that they will hurt each other – or even start pecking themselves.

That said, there are even reports of free-range chickens pecking each other to death, even if there are only 10 to 20 of them in the yard. So experts do recommend debeaking (beak trimming) if there is evidence of this sort of cannibalism.

Certainly, if farmers keep hundreds or thousands of chickens in a chicken house, debeaking is considered essential, though broiler chickens that are kept for their meat are not usually debeaked. According to research, if chicks aren’t debeaked, up to 30 percent of the flock could be pecked to death.

Debeaking must be done correctly, with absolute precision. Even so, the fact that part of the body is removed makes this practice an emotive subject.

Generally, debeaking is carried out using an electric beak trimming machine that has a guide plate, blades that have been electrically heated, or better still, an infrared laser, commonly when they are just one day old. This is also when they are sexed and vaccinated. They may be debeaked a second time during their first week, and then again a week or two later. The older the bird when initial debeaking is done, the more stressful the operation.

It is thought that the chicks experience discomfort, even some pain when they are debeaked, but nothing more than the pain of being tattooed or having an ear or nose pierced.

Even though there are some disadvantages that relate to debeaking, the advantages outweigh these.

Advantages and Disadvantages of Debeaking Chickens

Chicks tend to lose weight for a week or two after they have been debeaked. Their rate of growth is also reduced and might delay sexual maturity.

However, it improves feed efficiency and enhances the living environment. It helps to prevent cannibalism and feather picking between birds, and of course, reduces pecking. Ultimately, it minimizes the need for the culling of chickens.

Research Into the Benefits of Beak Trimming

Because there has been a worldwide call amongst certain organizations to ban debeaking, research is ongoing.

One particularly interesting research project in the United Kingdom involved a farmer who decided to debeak one flock of 4,500 but not another. At 34 weeks the laying chicks were performing no differently to one another, but because the farmer was convinced that not beak trimming could have a detrimental effect he gave the birds that hadn’t been debeaked were given extra stuff to peck. This included hanging egg trays, little hay nets, and pecker blocks.

Because of the call to ban beak trimming, in the UK the British Egg Industry Council is putting a lot of money into research to see how best to stop injurious chicken pecking. Instead of just debeaking chicks, the Council is looking at genetic research that could result in producing chicks that are less aggressive.

The alternative approach would be to improve flock management and focus on:

All these factors would improve the health and “happiness” of the flock. Research shows that even playing music in chicken houses can help to minimize stress and improve the lives of the chickens that produce the eggs that we eat.

Whatever approach you believe in, do the best you can do. 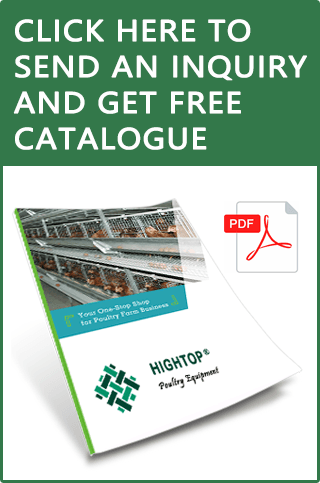